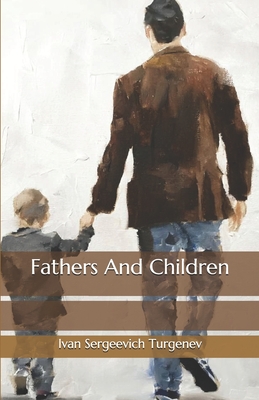 Arkady Kirsanov has just graduated from the University of Petersburg and returns with a friend, Bazarov, to his father's modest estate in an outlying province of Russia. His father, Nikolay, gladly receives the two young men at his estate, called Marino, but Nikolay's brother, Pavel, soon becomes upset by the strange new philosophy called "nihilism" which the young men, especially Bazarov, advocate.Nikolay, initially delighted to have his son return home, slowly begins to feel uneasy. A certain awkwardness develops in his regard toward his son, as Arkady's radical views, much influenced by Bazarov, make Nikolay's own beliefs feel dated. Nikolay has always tried to stay as current as possible, by doing things such as visiting his son at school so the two can stay as close as they are, but this in Nikolay's eyes has failed. To complicate this, the father has taken a servant, Fenechka, into his house to live with him and has already had a son by her, named Mitya. Arkady, however, is not troubled by the relationship: to the contrary, he openly celebrates the addition of a younger brother.