Captioning the Archives: (Of the Diaspora - North America) (Hardcover) 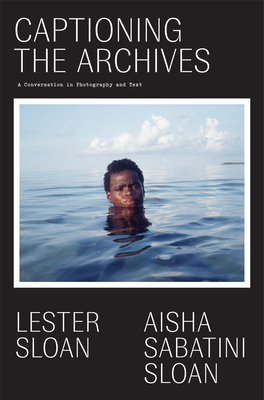 Lester Sloan began his photography career as a cameraman for the CBS affiliate in Detroit, then worked as a staff photographer in Los Angeles for Newsweek magazine for twenty-five years. His daughter, noted essayist and National Magazine Award-winning writer Aisha Sabatini Sloan, writes about race and current events, often coupled with analysis of art, film, and pop culture. In this father-daughter collaboration, Lester opened his archive of street photography, portraits, and news photos, and Aisha interviewed him, creating rich, probing, dialogue-based captions for more than one hundred photographs. Lester's images encompass celebrity portraits, key news events like Pope John Paul's visit to Mexico, Black cultural life in Europe, and, with astonishing emotion, the everyday lives of Black folk in Los Angeles and Detroit. About Of the Diaspora: McSweeney's Of the Diaspora is a series of previously published works in Black literature whose themes, settings, characterizations, and conflicts evoke an experience, language, imagery and power born of the Middle Passage and the particular aesthetic which connects African-derived peoples to a shared artistic and ancestral past. Wesley Brown's Tragic Magic, the first novel in the series, was originally published in 1978 and championed by Toni Morrison during her tenure as an editor at Random House. This Of the Diaspora edition features a new introduction written by Brown for the series. Tragic Magic will be followed by Paule Marshall's novel of a Harlem widow claiming new life. Praisesong for the Widow was originally published in 1983 and was a recipient of the Before Columbus Foundation American Book Award. The series is edited by writer Erica Vital-Lazare, a professor of creative writing and Marginalized Voices in literature at the College of Southern Nevada. Published in collectible hardcover editions with original cover art by Sunra Thompson, the first three works hail from Black American voices defined by what Amiri Baraka described as strong feeling getting into new blues, from the old ones. Of the Diaspora-North America will be followed by series from the diasporic communities of Europe, the Caribbean and Brazil.

Lester Sloan is a writer and photographer living in Detroit. He began his photography career as a cameraman/reporter for the CBS affiliate in Detroit, then worked as a staff photographer for Newsweek Magazine for twenty-five years, documenting the 1967 uprising in Detroit, the fall of the Berlin Wall, the kidnapping of Patty Hearst, and the OJ Simpson Trial. He has served as a contributor to Emerge magazine and NPR's "Weekend Edition." The recipient of a 1976 Neiman Fellowship at Harvard University, he was the on-set photographer for Spike Lee's film, Get on the Bus. He is an avid collector of oral histories. https: //lestersloanphoto.wordpress.com/ Aisha Sabatini Sloan's writing about race and current events is often coupled with analysis of art, film, and pop culture. She earned an MA in Cultural Studies and Studio Art from NYU and an MFA in Creative Nonfiction from the University of Arizona. She is the author of the essay collections, The Fluency of Light: Coming of Age in a Theater of Black and White and Dreaming of Ramadi in Detroit, and the forthcoming book-length essay, Borealis. A 2020 recipient of the National Endowment for the Arts fellowship, she is an assistant professor of creative nonfiction at University of Michigan. https: //aishasloan.com/