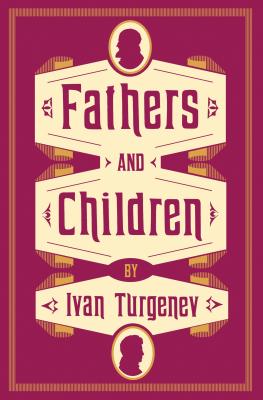 Fathers and Children, arguably the first modern novel in the history of Russian literature, shocked readers when it was first published in 1862 – the controversial character of Bazarov, a self-proclaimed nihilist intent on rejecting all existing traditional values and institutions, providing a trenchant critique of the established order.

Turgenev’s masterpiece investigates the growing nihilist movement of mid-nineteenth-century Russia – a theme which was to influence Dostoevsky and many other European writers – in a universal and often hilarious story of generational conflict and the clash between the old and the new.

Ivan Turgenev (1818–83) was a novelist, poet and dramatist, and now ranks as one of the towering figures of Russian literature. His masterpiece, Fathers and Children, is considered one of the greatest novels of the nineteenth century.

"Turgenev to me is the greatest writer there ever was." - Ernest Hemingway