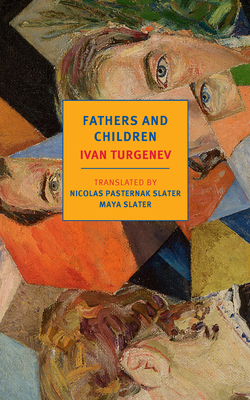 A 19th-century Russian masterpiece about love, politics, family, and the tension between the new generation and the old world.

Ivan Turgenev’s Fathers and Children is a book full to bursting with life, both comic and tragic. At the heart of this novel about love, politics, and society, strong beliefs and heated disagreements, illness and death, is the generational divide between the young and the old. When the young university graduate Arkady and his mentor, the nihilist Bazarov, leave St. Petersburg to visit their aging parents in the provinces, the conflict that ensues from the generations’ clashing views of the world—the youths’ radicalism and the parents’ liberalism—is both representative of nineteenth-century Russia and recognizably contemporary. At the time of its publication in 1862, the book aroused indignation in critics who felt betrayed by Turgenev’s refusal to let his novel serve a single ideology; it also received a spirited defense by those who saw in his diffuse sympathies a greater service to art and to humanity. In this fresh new translation Nicolas Pasternak Slater and Maya Slater have captured Turgenev’s subtle humor, his pitch-perfect ear for dialogue, his compassion, and, above all, his skill as a storyteller

Ivan Sergeyevich Turgenev (1818–1883) was born into a wealthy family of the Russian landed gentry and educated in Moscow, St. Petersburg, and Berlin. He made his name as a writer with A Sportsman’s Sketches, an unvarnished picture of Russian country life that is said to have influenced Tsar Alexander II’s decision to liberate the serfs. In later years, Turgenev lived in Europe, returning only rarely to his native country. He was the author of poems, stories, plays, and six novels, the most celebrated of which include Fathers and Children, Rudin, Virgin Soil and On the Eve.

Nicolas Pasternak Slater is a translator of Russian literature. He has translated work by Anton Chekhov, Fyodor Dostoyevsky, Leo Tolstoy, Mikhail Lermontov, Teffi, his uncle Boris Pasternak, and many others.

Maya Slater is the author of the novel Mr. Darcy’s Diary and a senior research fellow at Queen Mary University of London. She was a lecturer on French literature at London University for more than three decades.

"Turgenev’s remarkable quality of insight, gives [Fathers and Children] an uncanny position in Russian literature and life. . . . The new English translation... is also highly readable, and can occasion another look at the book, for those who’ve read it before, or a first look for those who haven’t. . . . This rupture between parents and their children is what happens, over and over, with every new generation; there is nothing for it, no remedy, no answer." —Keith Gessen, The New Yorker

"An excellent and highly readable translation by veteran Russianists Nicolas Pasternak Slater and Maya Slater. . . . What makes the novel continually timely is Turgenev’s insight into the psychology of such youthful rebellion. . . . We’ve seen enough of the self-righteousness of children and the stubbornness of parents to make Fathers and Children a book for our moment." —Adam Kirsch, Air Mail

“In short, it’s a Russian masterpiece, one written so beautifully and with such economy, that when you finish reading it you feel a little shaken and a little stirred. A vodka martini on the front porch might be in order.” —Gary Shteyngart, All Things Considered

“Every class of society, every type of character, every degree of fortune, every phase of manners, passes through his hands; his imagination claims its property equally, in town and country, among rich and poor, among wise people and idiots, dilettanti and peasants, the tragic and the joyous, the probable and the grotesque. He has an eye for all our passions, and a deeply sympathetic sense of the wonderful complexity of our souls.” —Henry James