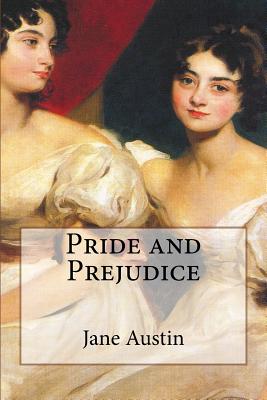 One of the most universally loved and admired English novels, Pride and Prejudice was penned as a popular entertainment. But the consummate artistry of Jane Austen (1775-1817) transformed this effervescent tale of rural romance into a witty, shrewdly observed satire of English country life that is now regarded as one of the principal treasures of English language. In a remote Hertfordshire village, far off the good coach roads of George III's England, a country squire of no great means must marry off his five vivacious daughters. At the heart of this all-consuming enterprise are his headstrong second daughter Elizabeth Bennet and her aristocratic suitor Fitzwilliam Darcy - two lovers whose pride must be humbled and prejudices dissolved before the novel can come to its splendid conclusion. Pride and Prejudice is a novel by Jane Austen, first published in 1813. The story follows the main character, Elizabeth Bennet, as she deals with issues of manners, upbringing, morality, education, and marriage in the society of the landed gentry of the British Regency. Elizabeth is the second of five daughters of a country gentleman, Mr Bennet, living in Longbourn. Set in England in the late 18th century, Pride and Prejudice tells the story of Mr and Mrs Bennet's five unmarried daughters after two gentlemen have moved into their neighbourhood: the rich and eligible Mr Bingley, and his status-conscious friend, the even richer and more eligible Mr Darcy. While Bingley takes an immediate liking to the eldest Bennet daughter, Jane, Darcy is disdainful of local society and repeatedly clashes with the Bennets' lively second daughter, Elizabeth. Pride and Prejudice retains a fascination for modern readers, continuing near the top of lists of "most loved books". It has become one of the most popular novels in English literature, selling over 20 million copies, and receives considerable attention from literary scholars. Likewise, it has paved the way for archetypes that abound in many contemporary literature of our time. Modern interest in the book has resulted in a number of dramatic adaptations and an abundance of novels and stories imitating Austin's memorable characters or themes.