The Book of Five Rings (Hardcover) 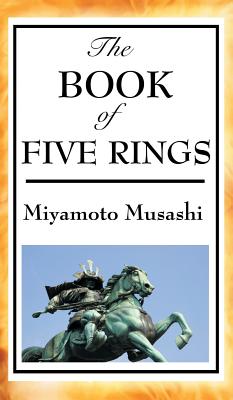 There are various Ways. There is the Way of salvation by the law of Buddha, the Way of Confucius governing the Way of learning, the Way of healing as a doctor, as a poet teaching the Way of Waka, tea, archery, and many arts and skills. Each man practises as he feels inclined. It is said the warrior's is the twofold Way of pen and sword, and he should have a taste for both Ways. Even if a man has no natural ability he can be a warrior by sticking assiduously to both divisions of the Way.

Miyamoto Musashi was born around 1584 into a samurai family in Harima province. His mother died soon after his birth, so he was raised by his step-mother and then his uncle, a monk from the Shoreian temple. While staying with his uncle, he was taught Zen Buddhisma and basic reading and writing. He had his first duel at the age of thirteen and went on to have 59 more, claiming never to have lost a single one. He completed his influential book on swordsmanship in May 1645, the year he died.