The Many Lives of The Evil Dead: Essays on the Cult Film Franchise (Paperback) 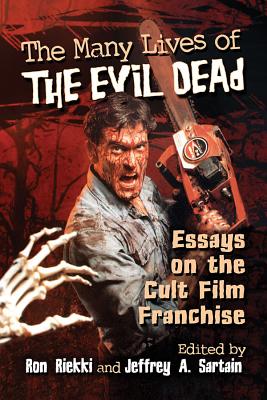 One of the top-grossing independent films of all time, The Evil Dead (1981) sparked a worldwide cult following, resulting in sequels, remakes, musicals, comic books, conventions, video games and a television series. Examining the legacy of one of the all-time great horror films, this collection of new essays covers the franchise from a range of perspectives. Topics include The Evil Dead as punk rock cinema, the Deadites' (demon-possessed undead) place in the American zombie tradition, the powers and limitations of Deadites, evil as affect, and the films' satire of neoliberal individualism.

Writer and actor Ron Riekki has won several screenplay awards including best sci-fi/fantasy from the International Family Film Festival, best comedy from the Los Angeles Film Awards and the Nuclear Pen Award from the GenreBlast Film Festival. Jeffrey A. Sartain teaches literature and composition at the University of Houston-Victoria and is the managing editor for American Book Review. His studies include the culture of the digital age, posthumanism, horror films, genre fiction, contemporary authors, and literary minimalism.