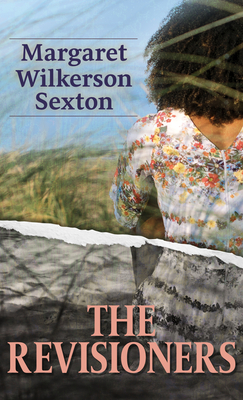 “Set in 1855, 1924, and 2017, this story features Ava, a modern single mother and divorcee who, down on her luck, moves in as a caretaker for her a caretaker for her grandmother, Grandma, whose lingering racism becomes more pronounced as her mind begins to fail. Also told is the story of Ava’s grandmother’s great-grandmother, Josephine, who is a slave as a child and later in life the widowed owner of a 300-acre farm. Ava and Josephine both have the ability to ‘revision,’ seeing into others’ souls and guiding them to a different place. Sexton does a beautiful job of developing her characters while accurately describing the racism that is never far away no matter the time period. This story is loving and devastating in the best way.”
— Todd Miller, Arcadia Books, Spring Green, WI

“Margaret Wilkerson Sexton writes with captivating force; she holds a mirror to the insidious, enduring nature of American racism, revealing how it adapts to threaten Black lives in new, but not unfamiliar, ways. This novel — which spans five generations — is a love letter to grandmothers. With it, Sexton asks us to recognize and honor what we inherit from our ancestors, and how me might yield this inheritance in our fight for liberation.”
— Serena Morales, Books Are Magic, Brooklyn, NY

" A] stunning new novel . . . Sexton's writing is clear and uncluttered, the dialogue authentic, with all the cadences of real speech... This is a novel about the women, the mothers." ―New York Times Book Review

"A powerful tale of racial tensions across generations." --People

In 1924, Josephine is the proud owner of a thriving farm. As a child, she channeled otherworldly power to free herself from slavery. Now her new neighbor, a white woman named Charlotte, seeks her company, and an uneasy friendship grows between them. But Charlotte has also sought solace in the Ku Klux Klan, a relationship that jeopardizes Josephine's family.

Nearly one hundred years later, Josephine's descendant, Ava, is a single mother who has just lost her job. She moves in with her white grandmother, Martha, a wealthy but lonely woman who pays Ava to be her companion. But Martha's behavior soon becomes erratic, then threatening, and Ava must escape before her story and Josephine's converge.

The Revisioners explores the depths of women's relationships--powerful women and marginalized women, healers and survivors. It is a novel about the bonds between mothers and their children, the dangers that upend those bonds. At its core, The Revisioners ponders generational legacies, the endurance of hope, and the undying promise of freedom.

MARGARET WILKERSON SEXTON, born and raised in New Orleans, studied creative writing at Dartmouth College and law at UC Berkeley. Her debut novel, A Kind of Freedom, was long-listed for the National Book Award and the Northern California Book Award, won the Crook's Corner Book Prize, and was the recipient of the First Novelist Award from the Black Caucus of the American Library Association. She lives in the San Francisco Bay Area with her family. Find out more at margaretwilkersonsexton.com.