States of Motion (Made in Michigan Writers) (Paperback) 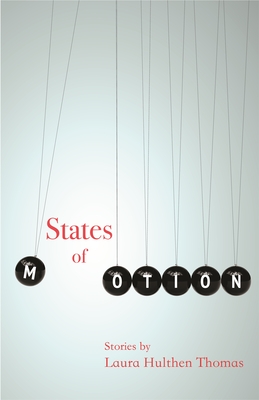 By Laura Hulthen Thomas
$24.69
On Our Shelves Now

Newton's Laws of Motion describe how bodies work to balance forces outside their control. For the men and women in States of Motion, imbalance is a way of life. Set in Michigan small towns both real and fictional, the stories in Laura Hulthen Thomas's collection take place against a backdrop of economic turmoil and the domestic cost of the war on terror. As familiar places, privilege, and faith disappear, what remains leaves these broken characters wondering what hope is left for them. These stories follow blue collars and white, cops and immigrants, and mothers and sons as they defend a world that is quickly vanishing.

The eight stories in States of Motion follow tough, quixotic characters struggling to reinvent themselves even as they cling to what they've lost. A grieving father embraces his town's suspicions of him as the sole suspect in his daughter's disappearance. A driving instructor struggles to care for his abusive mother between training lessons with two flirtatious teens. A behavioral researcher studying the fear response must face her own fears when her childhood attacker returns to ask for her forgiveness. Conditioned by their traumatic pasts to be both sympathetic and numb to suffering, the characters in these stories clutch at a chance to find peace on the other side of terror. From the isolated roadways of Michigan's countryside to the research labs of a major university, the way forward is both one last hope and a deep-seated fear. The profoundly emotional stories in States of Motion will interest any reader of contemporary literary fiction.

Laura Hulthen Thomas's short fiction and essays have appeared in a number of journals and anthologies, including The Cimarron Review, Nimrod International Journal, Epiphany, and Witness. She received her MFA in fiction writing from Warren Wilson College. She currently heads the undergraduate creative writing program at the University of Michigan's Residential College, where she teaches fiction and creative nonfiction.