The Girl at the Door (Paperback) 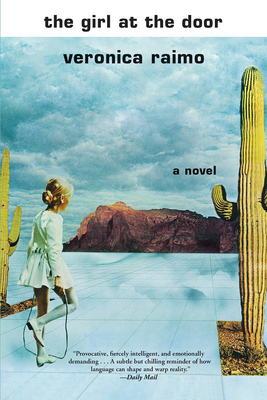 Called "the first post-Weinstein novel" by Vanity Fair Italy, The Girl at the Door is a riveting story of lust, power, and betrayal

While on vacation on an idyllic island called Miden, a seemingly aimless woman meets an attractive man and leaves her country to be with him. A few months later, newly pregnant and just beginning to feel comfortable in her lover's space, her life is upended when a girl arrives at the door.

Slight and pretty, the girl discloses a drawn out and violent affair she's had with her professor, the father of the woman's unborn child. In alternating perspectives, the professor and his girlfriend reflect upon their lives, each other, and their interloper. As the community gathers testimony and considers the case, the couple is forced to confront their own paranoia, fetishes, and transgressions in light of the student's accusations.

Provocative and unnerving, The Girl at the Door explores the bureaucracy of a scandal, and the thin line between lust and possession. In an age in which blunt power and fickle nuance take turns upon the stage, Raimo has delivered an intoxicating exploration of the politics and power of sex.

VERONICA RAIMO is the author of two novels published in Italy - Il dolore secondo Matteo and Tutte le feste di domani - and a collection of short stories published in Germany, Eines Tages alles dir. Veronica contributes regularly to Rolling Stone and wrote the script for Sleeping Beauty by Marco Bellocchio. She has translated from English to Italian writers such as F. Scott Fitzgerald, Octavia Butler, Iain Sinclair, Vikram Seth, and others. She lives in Rome.